Sorry - this campaign has finished. If you'd like to get involved in other WeMove campaigns, please click here: https://www.wemove.eu
99,554 of 125,000 signatures

Don’t let big polluters off the hook - act to make them pay the full price for the damage to our health, environment and climate. Vote for an ambitious reform of Europe’s main climate policy, for an effective price on carbon and for a decisive action against the threat of climate change. Don’t let dirty industry lobbyists dictate EU policies.

When one of us makes a mess, we’re expected to clean it up. But when powerful corporations pollute and poison for profit, it is us who pay the staggering cost - with our health, damage to our environment and with our tax money.

Polluters must be made to pay, and thus urged to change their dirty ways. This is why the European Union came up with a way to make the polluting industries pick up the tab for the harm they cause, and pay for the climate-damaging gases they produce [1]. Except the price they pay is far too low, a result of a broken system that urgently needs fixing.

The European Parliament’s environment committee has introduced important proposals to improve the draft EU law to put a price on carbon pollution. The MEPs in the committee have expressed their support to cutting down CO2 emissions, and made crucial step in the right direction. This would not have been possible to achieve without the combined power of almost 100,000 people across Europe who have already supported this call to action.

However, the measures voted in by the committee are still not strong enough to meaningfully impact the carbon market. The final vote in the plenary is happening on 15 February. We have a real chance to make factories and power plants pay for their climate-destroying pollution, but if we don’t act now, we might see a weak law freeze our efforts for the next 15 years. It is our last chance to influence the Parliament's views on the rules - and we must mobilise NOW.

Now is the time when our parliamentarians will be making up their minds – and they are facing huge pressure from all sides. Corporate lobbyists are still using every possible trick to make sure the new law is weak. We need a huge show of support from all over Europe to show our support to a strong ETS.

Join the call for action and call on the MEPs to support genuine and ambitious reform of the European Emission Trading System for the period 2021-2030.

With the support of

[1] The EU Emission Trading System is a “cap and trade system”: a limited amount of greenhouse gas emissions is allowed to be produced every year in the EU; permits to emit those gases are allocated, auctioned or traded on the market, and their price is meant to incentivise the polluting industries to reduce their emissions and modernise

Return to petition
Your personal information will be kept private and held securely. By submitting information you are agreeing to WeMove Europe keeping you informed about campaigns and agree to the use of cookies in accordance with our privacy policy
99,554
of 125,000 signatures

Milaniwirty
Let's get acquainted? <a href=http://kissloveme.ru>porn dating</a>
Milaniwirty
Want to flirt <a href=http://kissloveme.ru>porn dating</a>
Maya
I know it will force the industries to think about how they can make money without polluting
rossel servitja
es urgent la ecologia
Elisabete
Proteger o planeta
Thanks for signing! Your signature has been added.

Thank you for taking action against corporate polluters destroying our climate!

>
Make the polluters pay!
>
Hi, If you have enough money and power, you can get away with anything. Right? That’s certainly what industrial polluters think, because they bear none of the consequences of their pollution. But finally, this could now change. The European Parliament’s environment committee is about to hold a decisive vote on a proposed EU law to put a price on carbon pollution. We have a real chance to make factories and power plants pay for their climate-destroying pollution, but if we don’t act now, we will see a weak law freeze our efforts for the next 15 years. The vote will be very close. There are 72 members in the committee. We know that 18 MEPs will support a strong law, but we also know that 18 members will oppose it. The remaining MEPs could vote either way – and this is where we come in. We will flood the undecided MEPs’ social media accounts with words of encouragement - and demands for action. We will deliver our petition directly to their offices. We will make sure they know, that we will hold them accountable for how they vote. For that, we need to be stronger and louder than ever: with every signature, every tweet or email, our success is closer. Join now and add your voice this massive the call for action! ADD YOUR NAME: https://act.wemove.eu/campaigns/ETS Thanks! 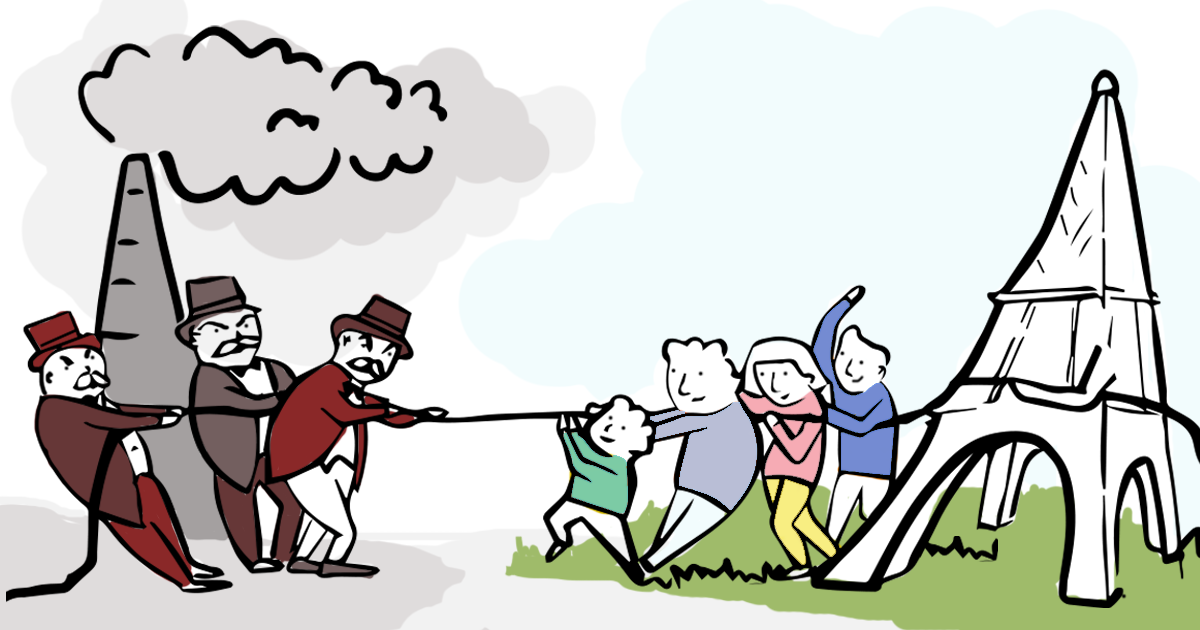 A decisive vote to make corporate polluters pay for destroying the climate is coming up in the European Parliament. Tell the MEPs to stop giving gifts to polluters! Join the call for action now!

The European Parliament’s environment committee is about to hold a decisive vote whether to make the dirtiest industies pay - and we're letting them know that almost 100,000 Europeans are demanding they take action and vote for strong and effective laws. You can help make sure that they hear our voices, and help deliver this petition: tweet to the key MEPs!

These tweets target MEPs who will make a difference in this vote. You can refresh the page for more tweets to more MEPs!

Thank you for standing with us for strong and effective action against corporations polluting for profit. It is only together that we can truly be a force to be reckoned with!

WeMove.EU is funded by donations from our community across Europe. Can you chip in and help make sure that we can continue bringing our voices together across Europe on issues that concern us?