Sorry - this campaign has finished. If you'd like to get involved in other campaigns, please click here: WeMove.eu
22,131 of 25,000 signatures

Members of the European Parliament

European democracy is under threat by a bureaucracy that does not seem to care about the citizens. The European Citizens’ Initiative was introduced to build the people's confidence in the EU and give citizens a say in EU politics. Right now is our chance to fight for the survival of the ECI and make sure our voice is heard in Europe. We must mobilise now to call for a Europe not of financial markets and lobbyists, but a Europe of the people!

Why this is important

Did you know the EU could stop media moguls, like Rupert Murdoch from dominating the media landscape of Europe and the UK? There is a tool called the European Citizens' Initiative (ECI) that allows people to participate directly in the creation of EU laws, and ask for the laws we want.

This tool is a great idea and a wonderful opportunity for democracy but is actually too weak for participation to mean actual change led by people in Europe.

Luckily in just a few days the European Parliament will be voting to reform the ECI for the better. If we show broad public support for reform, the Parliament will have to vote in favour of making this tool work. Take action right now!

Take action today and demand that Members of the European Parliament stand up for democracy in Europe!

Political decisions in Europe impact us all and we must be able to have a real say in them. The ECI could enable us to make sure Murdoch and his European counterparts stop monopolising our media.

Over six million Europeans [1] have used it to stand up to defend media freedom, water as a public good, restriction of animal testing, high quality European education for all, and many other issues that affect us all. [2]

The European Citizens' Initiative was introduced in 2012 with the aim to increase direct democracy in the European Union. The initiative enables one million EU citizens from at least seven Member States, to call directly on the European Commission to propose a new law or a change in an existing law. [3] We must be able to be involved in fundamental discussions regarding how Europe is built and the laws it produces.

The ECI is currently the only instrument we have to directly influence the EU’s agenda - but it is highly inefficient and almost entirely powerless. If the parliament does not vote for reform we have no chance of getting the commission to effectively reform the ECI tool and actually make the EU more democratic.

This campaign is run in partnership with Democracy International.

The Council of the European Union (known as the Council): Government ministers from each EU country, according to the policy area to be discussed. The Council amends and adopts laws, and coordinate policies proposed by the European Commission.

Together with the European Parliament, the Council is the main body to decide on legislation of the EU.

Not to be confused with:

Council of Europe - not an EU body at all.

Return to petition
Your personal information will be kept private and held securely. By submitting information you are agreeing to WeMove Europe keeping you informed about campaigns and agree to the use of cookies in accordance with our privacy policy
22,131
of 25,000 signatures

I want Jean Claude Juncker held to democratic account. He behaves like a dog. He is the most corrupt human that ever lived. He's a big business inside man.
andrew
Cynical distrust that politicians are working for the good of the common man, regardless of their country of origin but especially in the UK
The EU is very important. Putting the power into the hands of its citizens is vital.
Because I want to live in a democratic country and not have the likes of Rupert Murdoch dominating the media.
Democracy in ALL our countries and the EU MUST be run FOR the PEOPLE
Thanks for signing! Your signature has been added.

Thank you for standing up for Democracy in Europe.

Stand up for more democracy in Europe! 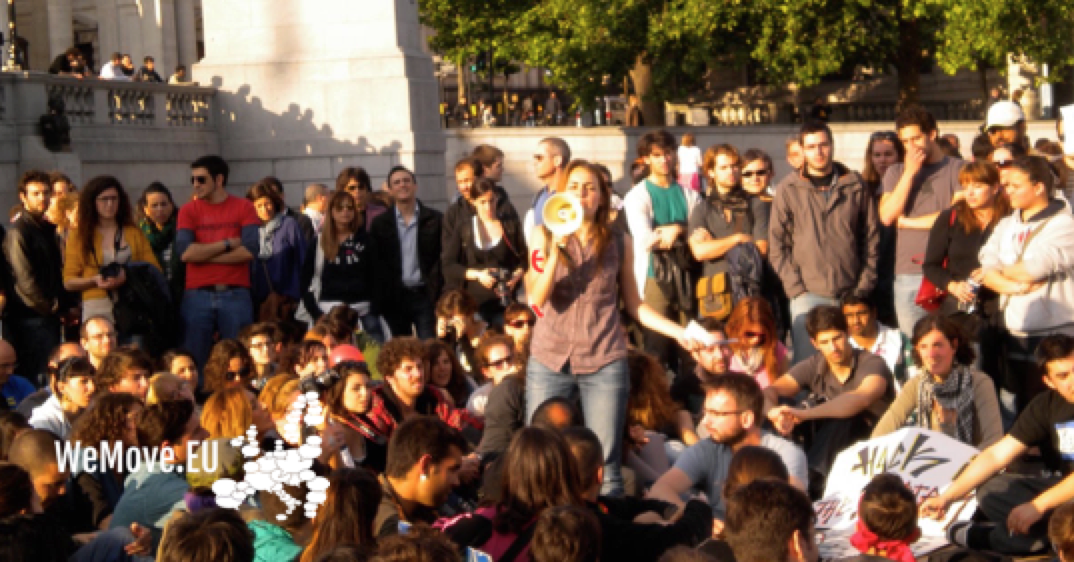 A new EU democracy tool could help stop Murdoch and his European counterparts from monopolising our media but it needs improving. Sign the petition to reform the European Citizen Initiative

Thank you for standing up for democracy. On October 29 the European Parliament will be voting to reform the ECI for the better.

If we show broad public support for reform, the parliament will have to vote to make this tool work. Please share this petition with others to multiply your impact.