(*) We recognize gender diversity, but also acknowledge that in the workplace we are generally paid according to the identity in our ID cards.

Per month, I earn

This information is not collected by us! It stays in your browser and nothing is sent to our servers.

The 16% gender pay gap between what women and men are paid across Europe is not acceptable. We urge you to get an EU law passed that ends the absurd secrecy about pay, and exposes the reality of men being paid more than women! Experience in Portugal, Denmark and elsewhere shows that revealing the pay gap and empowering workers and their unions to deal with it in the workplace, is an effective way to ending unequal pay.

It is 2020 and women in Europe are still paid 16% less than men for the same work [1], even though laws in European are meant to stop this from happening. There are even countries like Germany or Austria where this gap is above 20%! [2]

But we know how to achieve equal pay for equal work. The research - and real cases from countries like Denmark or Portugal - show clearly: equal pay is reached not only through laws but through more transparency. [3]

Workers demand equality if they know about pay discrimination. Companies start paying women more when they are forced to disclose pay statistics and must inform candidates in employment ads about the salary they propose.

Ursula von der Leyen, the new head of the European Commission promised she would tackle the pay gap within the first 100 days in office. [4]

A big promise - and, as we just learned, a disappointment. The 100 days ends 9th March, and all that happened was the Commission launching a consultation process. It’s clearly not enough. When can we expect this new law?

On 18th March our partners, the European trade unions, will meet the new Commissioner for Equality, Helena Dalli. They want to start this first meeting by showing huge public support for this new law with a clear message. Europeans want action and fast. Will you add your voice?

A difference of 16% means that for each 1 euro a man is paid, a woman gets 84 cents - doing the same job. And these numbers are just the tip of the iceberg. On average, a European woman is offered worse jobs and part-time positions. When kids are born, fathers are promoted while mothers start earning less [5]. If we count all this in, a European woman earns 40% less than the average man [6].

This is about more than just work. When a woman is underpaid, her kids often live in poverty, especially if she is a single mom. Of the millions of children in poverty today, one half would come out of it if women were paid the same as men [7]. When she grows old, and her only source of income is her pension, she receives 37% less than an average retired man, hence too often living in poverty [8].

The EU keeps producing documents condemning this situation -- but in the current state of affairs there is no way to enforce justice.

Return to petition
By clicking “Sign” you are supporting this campaign, and agreeing to WeMove.EU using your information for the purpose of this campaign. We might hand over your name, surname and country to the petition target. Unless you subscribe to receive personalised updates, we will delete your data after the campaign has ended. We will never share your data with any third parties without your permission. See our full privacy policy here.
5,087
of 10,000 signatures

It is 2020.
Alenka
END THIS SHAMEFUL INEQUALITY NOW!!!!
Giselle
We have so many women now in responsible positions. Frau von der Leyen, Frau Merkel and all the other women in EU parliament -please stay together and take the chance now to change something about the unfair system. We all waited our lifetime long for seeing this change to happen. Please act now together for all women!
Uta
And not only! For equal work- equal bill. No matter of sex, country, race, or whatever...
pavel
Why not? Why is there a gender gap in the first place
Anne
Thanks for signing! Your signature has been added.

Can you donate just a few euros a month to help our community continue working to end the gender pay gap? 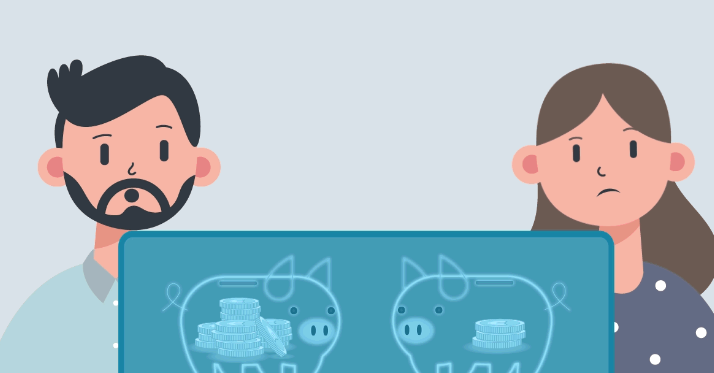 Do you know anyone who would feel strongly about this campaign for equal pay? Send them an email asking them to take action now!

Subject line
Hi, I just calculated how much I would earn if I were the opposite gender. Check it out! It only takes 30 seconds: https://act.wemove.eu/campaigns/equal-pay