After the failed coup d'état in Turkey in July 2016, President Erdoğan took the opportunity to launch a large-scale attack on democracy and the rule of law. More than 130,000 people joined our demand to suspend accession negotiations with the Turkish administration. In September, riding our showy bikes, we passed our message across Bratislava, where the European Council met. Unfortunately, the Erdoğan government continues to violate the human rights of Turkish citizens. We will follow events in Turkey very closely to act as soon as we see the opportunity. Meanwhile, take a look at other campaigns that could be of interest to you here. www.wemove.eu
41,572 of 50,000 signatures

President and Members of the European Council, High Representative of the Union for Foreign Affairs and Security Policy and Commissioner for Enlargement and European Neighbourhood Policy

The European Union should immediately suspend all accession negotiations with the Turkish administration, while at the same time taking decisive steps to ensure that human rights and the rule of law are upheld in Turkey. This should include among others the continued work to strengthen civil society as well as engaging in constructive dialogue, starting with establishing an EU mission tasked with monitoring developments in the area of fundamental rights and the rule of law in Turkey.

In a wildly disproportionate reaction against the instigators of the attempted military coup d’etat, Turkey’s president Recep Tayyip Erdoğan has not stopped at taking legitimate steps to bring the suspects to justice. Instead, he has seized the opportunity to launch a wide-scale attack on democracy and the rule of law. In his reaching for complete power, he has trampled on the fundamental rights and liberties of the Turkish citizens.

In the days that followed the failed coup, tens of thousands of civil servants, army personnel and teachers have lost their jobs - and sometimes their freedom - with no right to appeal. Academics were forbidden to travel. Journalists are being detained without trial and the state is censoring the media [1]. The speed and scope of the government’s crackdown on suspected dissenters suggests a systematic purge meant to introduce a regime change.

Now it seems that the repressions are only just beginning. Claiming his goal was to defend democracy, Erdoğan introduced a state of emergency, followed by a suspension of the European Convention on Human Rights [2]. In doing so, he’s effectively put an end to any pretense about upholding human rights, democratic principles and the rule of law. He went as far as to propose to bring back the death penalty, moving Turkey ever closer towards an authoritarian regime.

Turkey has long aspired to become a member of the EU and membership negotiations have been moving along slowly. But there is no place in the European community for Erdoğan regime - a regime that violates our fundamental values: rule of law, freedom of expression, protection of minorities and the right to a fair trial. While Turkey has important ties to the EU in areas such as trade, migration and security, these should not blind our decision-makers to the plight of the Turkish citizens and the abuses of power of Erdoğan’s administration.

We need to call on the European Union to suspend all accession negotiations with the Turkish regime and clearly condition all future talks on the government ensuring that the principles of the rule of law, human rights and democracy are upheld.

This campaign is run in partnership with Skiftet.

Return to petition
Your personal information will be kept private and held securely. By submitting information you are agreeing to WeMove Europe keeping you informed about campaigns and agree to the use of cookies in accordance with our privacy policy
41,572
of 50,000 signatures

>
Do you want a dictator as our neighbour?
>
Hi, I am shocked by the wildly disproportionate reaction to the attempted military coup of Turkey’s president Erdoğan. He has seized the opportunity to launch a wide-scale attack on democracy and the rule of law. In reaching for complete power, he’s arrested or discharged tens of thousands of teachers, judges and the deans of many university in the country. The European Union is built on our common values: democracy, the rule of law, the freedom of speech, religion and the press. Turkey aspires to join the European Union, so European leaders have an opportunity to use their diplomatic power and bring a stop to this assault on democracy. If we come together now and demand strong and decisive action from the European Union, we can convince our governments to speak out against Erdoğan’s actions and to suspend the negotiations for Turkey to become a member of the EU while this continues. I have just signed this petition: https://act.wemove.eu/campaigns/turkey Will you? 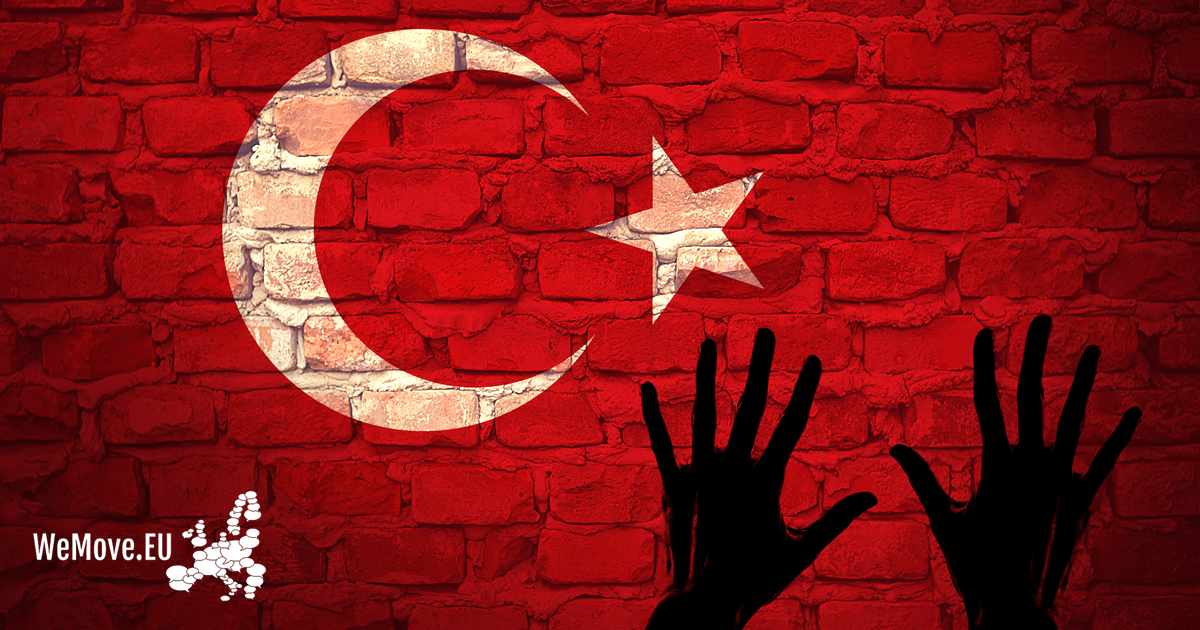 In a bid for power, Turkey’s president Erdoğan launched a wide-scale attack on democracy, human rights and the rule of law. The wave of repressions must stop! Like over tens of thousands of others, take action and call on the EU to tell Erdoğan, that enough is enough!