To all LGBT+ persons in Poland and to all their allies, To local politicians in the so-called “LGBT-free zones” in Poland and To all people in Poland

All people are equal. All people have the right to safety and love.

I stand in solidarity with the LGBT+ community in Poland, who have been under tremendous attack for over a year, and face verbal and physical assaults every day. You are not alone and we support you: “Everyone is at home in Poland and in Europe!”

Hate and violence against the LGBT+ communities in Poland is on the rise. In the upcoming national election on October 13, right-wing politicians and media are escalating hate speech against LGBT+ people in an effort to get more votes.

You can help - in two ways!

- Leave a comment under your signature with words of support: we will publish chosen comments coming from people from across Europe in the main Polish portal directed to the LGBT+ community.

- For just 5 Euros you can fund three posters in a city which has been declared an “LGBT free zone”. Our partner, Kampania Przeciw Homofobii, is hanging the posters that declare “Everyone is at home here”on bus stops and advertising poles in small towns across Poland. With our help they can produce and distribute hundreds and thousands more!

Over 40 local governments have proclaimed themselves “LGBT free zones” - a purely symbolic but deeply hate-filled gesture. A popular right-wing magazine issued stickers with the caption “LGBT-free zone” for its readers to attach on cars, doors and in public spaces. [1] The Pride March in Białsytok has been brutally attacked, and over 30 people were hurt.[2] Trucks with homophobic pictures on them go around Polish cities saying that LGBT persons are pedophiles. [3]

Only last week, during a Pride in Lublin, two people prepared a homemade bomb that they planned to explode. Thanks to the police, the bomb was neutralised and did not explode. [4]

The LGBT+ community in Poland is desperately fighting for their right to safety and love. But they need as much support as possible! We must come together across Europe let them know they are welcome, that we are their allies, and that together we will overcome the small homophobic minority.

Will you support this action?

Return to petition
By clicking “Sign” you are supporting this campaign, and agreeing to WeMove Europe using your information for the purpose of this campaign. We might hand over your name, surname and country to the petition target. Unless you subscribe to receive personalised updates, we will delete your data after the campaign has ended. We will never share your data with any third parties without your permission. See our full privacy policy here.
58,481
of 75,000 signatures

I support the LGBTQ+. Inequality has to stop.
Anda
I'm scared for my Pole friend's safety because of their sexuality. This problem shouldn't even exist! It's miserable we still have to fight for our rights.
K
I am bi myself
Lily
Because I am a member of LGBTQ+ community myself and I believe everyone should have equal rights
Sofya
It’s absolutely ridiculous they are doing no harm
Nasiah
Thanks for signing! Your signature has been added.

LGBT+ people in Poland need your support. Our partner, Kampania przeciw Homofobii, is putting up posters in the “LGBT-free zones” with a warm message: Here, everyone is at home!

Help us spread the message and continue our fight for the rights of all people, no matter who they love, by chipping in a few euros.

Subject line
Hi, I just signed a petititon to show solidarity with the LGBT+ community in Poland, who have been under attack for over a year, and face verbal and physical assaults every day. https://act.wemove.eu/campaigns/lgbtPL-int-en 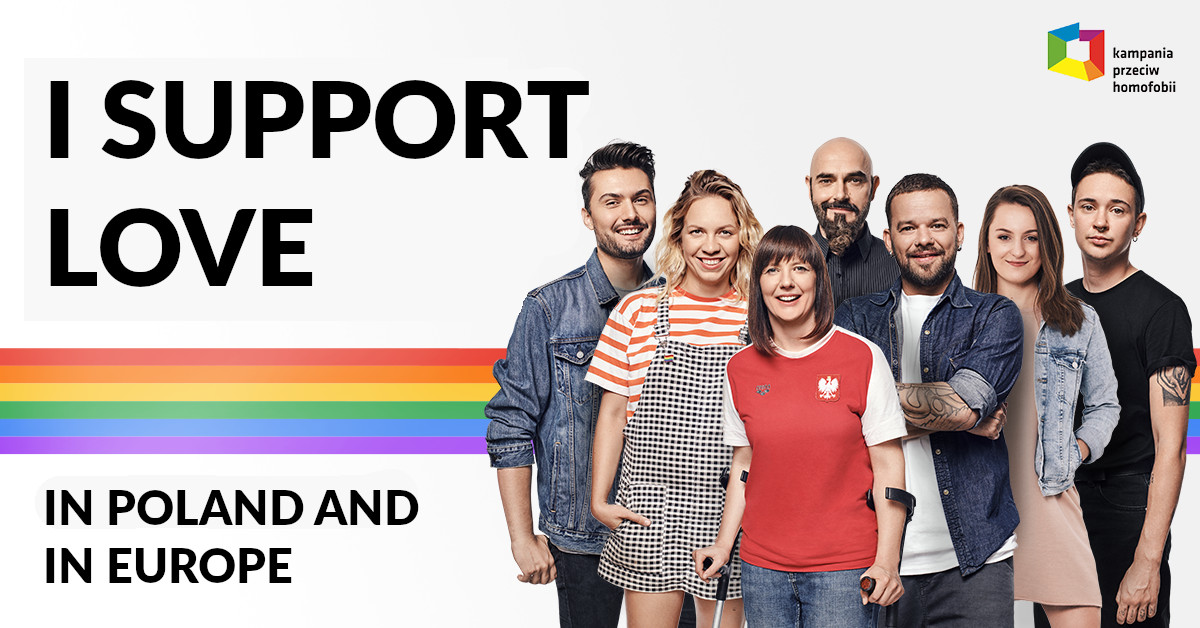 NO to “LGBT-free zones”! Sign and send a message of solidarity to the LGBT+ community in Poland which is under attack from politicians and the media. They need your support!