Thank you for your interest in this campaign. This petition has now ended. WeMove.EU continues to work for a better Europe. Take a look at other campaigns that could be of interest to you here. www.wemove.eu
56,551 of 75,000 signatures

We believe that those offering humanitarian assistance to some of Europe’s most vulnerable people should be commended for their heroic actions, and not persecuted for human smuggling. It is time you put your kind words into concrete actions and propose one small word change in the Facilitation Directive to ensure Europe’s unsung heros are treated with the dignity they deserve and not criminalised for offering humanitarian assistance.

Some of the world’s most vulnerable people are seeking sanctuary on our shores. European governments refuse to act. But citizens are coming together to help other human beings and now unfortunately face criminal charges of human smuggling.

Manuel Blanco is one of these heroes. He may not call himself one, but then again real heroes rarely do. He has saved countless lives in Lesbos and now could face up to ten years in prison for human smuggling. And he is not alone. Julio Latorre, Enrique Rodriguez, Lisbeth Zornig are but a few others facing similar charges for their acts of bravery.

And instead of being celebrated as Europe’s heroes of 2016, their acts of bravery went mostly unnoticed. Even worse, their acts are being punished. Because of a few words in the current legislation.

[4] The Facilitation Directive currently reads that “Any Member State may decide not to impose sanctions with regard to...” and changing the ‘may decide not to’ to ‘shall not’ would be a clear indication that Member States should not persecute those offering humanitarian assistance to those who need it for human smuggling. The full text of the facilitation directive can be found: http://eur-lex.europa.eu/legal-content/EN/ALL/?uri=CELEX%3A32002L0090

Return to petition
Your personal information will be kept private and held securely. By submitting information you are agreeing to WeMove Europe keeping you informed about campaigns and agree to the use of cookies in accordance with our privacy policy
56,551
of 75,000 signatures

He is fighting for human rights. And setting Salam behind bars is going to affect thousands of life. Let him fight the battle no one seems to care about, and give him the right to choose what to do, his free will that our latest generations have faught for us to get. Let him off the hook, an innocent, caring and loving man.
Ayram
The rescuers are doing the job, Europe's states are obliged to do. This is a blatant political failure of the EU and its members and undermining the values of the European Charta.
Timm
These humanitarian organisations are doing what the EU should do, but is dismally failing to do. It is a disgrace that they are criminalised.
Kathrin
People was dying he had a boat and tried to save them from drowning, its quite clear cut please put his case forward sooner so he can go back to his family
Ismail
Your automatic hunan rights duty to these firemen, is to ha e no trade deals or any otg0her cooperation, with the USA, particularly not police cooperation, until it ends its violatio of tye okdest human right of all, innocent until proved guilty, by judging foreign visitors from arrests.
Maurice
Thanks for signing! Your signature has been added.

Thank you for standing for Europe's unsung heroes with us. It is only together that we can truly be a force to be reckoned with.

WeMove.EU is funded by donations from our community across Europe. Can you chip in a few euros per week and help make sure that in 2017 is a huge success? 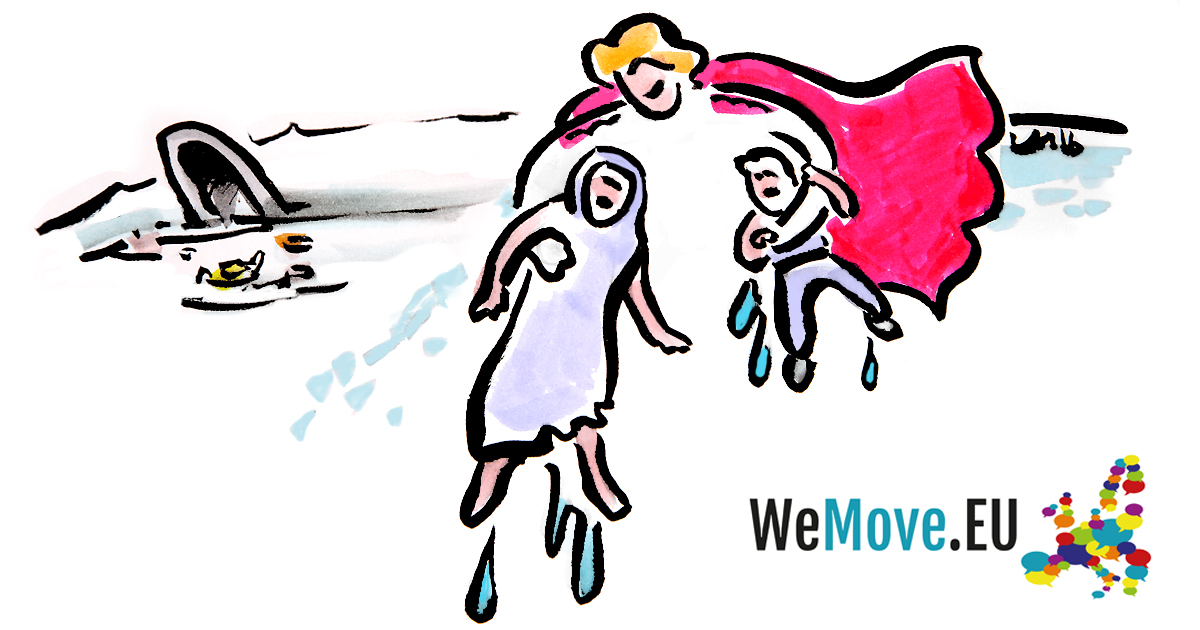 Thank you for standing for Europe's unsung heroes with us. It is only together that we can truly be a force to be reckoned with.

WeMove.EU is funded by donations from our community across Europe. Can you chip in and help make sure that in 2017 is a huge success?