Members of the European Parliament

Most European farm subsidies go towards supporting industrial farming that harms our health. As a European who pays for these subsidies (£100 annual is my share), I urge you to vote so that this money is invested in farming that is good for our health  and for nature instead.

1. What is industrial farming

In the pursuit of ever growing production, the EU has heavily intensified its agriculture. [1] We are spreading more and more agrochemicals that are getting into our food and water and making farmers and their communities ill. [2]

We are keeping animals in intolerable conditions that require mass medication and as a result the spread of anti-microbial resistance. We are losing our biodiversity [3]: since 1980, 57% of farmland birds have disappeared. Butterflies, bees and other wild pollinators, responsible for 80% of crop pollination, are also in serious decline. We are polluting our air with potent greenhouses gases, and exhausting our water [4] and soils, threatening the very basis of food production itself. [5]

Our subsidised and export-oriented industrial agricultural system does not contribute to a healthy environment nor a sustainable and healthy livelihood for farmers who are faced with the choice of either intensifying to compete or having to quit farming: between 2007 and 2013, three million farms disappeared in Europe. [6]

2. What is the CAP and what does the decision-making process look like

The EU’s system of farm subsidies is called the Common Agricultural Policy (CAP). It takes up almost 40% of the EU budget, which is nearly 52 billion pounds per year, or 114 euros of taxpayer’s money per EU citizen per year. Currently most of the money is subsidising industrial farming and fuelling intensification: most of the payments are based on the size of the farm, and partly also on the number of animals farmers have: the more hectares and animals farmers have, the more subsidies they get.

Every 7 years, there is a chance to change the CAP. In a consultation organised by the European Commission in 2017, 80% of the respondents called for a fundamental transformation of the CAP to make farming good for nature and people. But the Commission ignored citizen demands and opted largely for business as usual.

Now, it is the EU Parliament’s turn to react to the Commission’s proposal. For the first time, MEPs (Members of the European Parliament) from not just the Agriculture Committee, dominated by strong farm lobby interests, but also from the Environment Committee, will be able to bring in concrete new ideas and changes on crucial aspects of the Commission’s proposal. This can turn the situation around and allow for more money to be spent on nature-friendly agriculture.

3. What are we asking for

We are asking the EU to honour its international commitments and make the CAP work towards the Sustainable Development Goals. MEPs should listen to their citizens, even more so because of the EU elections in May.

Now is the time for the CAP to fund the ecological transition before it’s too late:

Return to petition
By clicking “Sign” you are supporting this campaign, and agreeing to WeMove.EU using your information for the purpose of this campaign. We might hand over your name, surname and country to the petition target. Unless you subscribe to receive personalised updates, we will delete your data after the campaign has ended. We will never share your data with any third parties without your permission. See our full privacy policy here.
181,686
of 250,000 signatures

Simple, just the sustainability of planet Earth.
David
For the people and the planet
Derek
Animals deserve to be treated kindly, humanely and with respect.
Jane
As i care deeply for the earth and industrial farming is contaminating the soils, cutting the trees and polluting the rivers
Aleksandar
As supposedly the most intelligent race on the planet it is high time we found a different method of husbandry which doesn't treat animals as a mere commodity. There has to be some sort of morality, a code of conduct which means we have done the best we can in their rearing before ultimately taking their lives.
Jane
Thanks for signing! Your signature has been added.

Stop subsidising industrial farming!
Hi, I just signed a petition asking Members of the European Parliament to invest in farming that is good for our health and nature. We continue to use 40% of the European budget to subsidise industrial farming practices because big corporations that sell the poison this farming model feeds on don't want to go out of business. Will you join? https://wemove.eu/industrialfarming 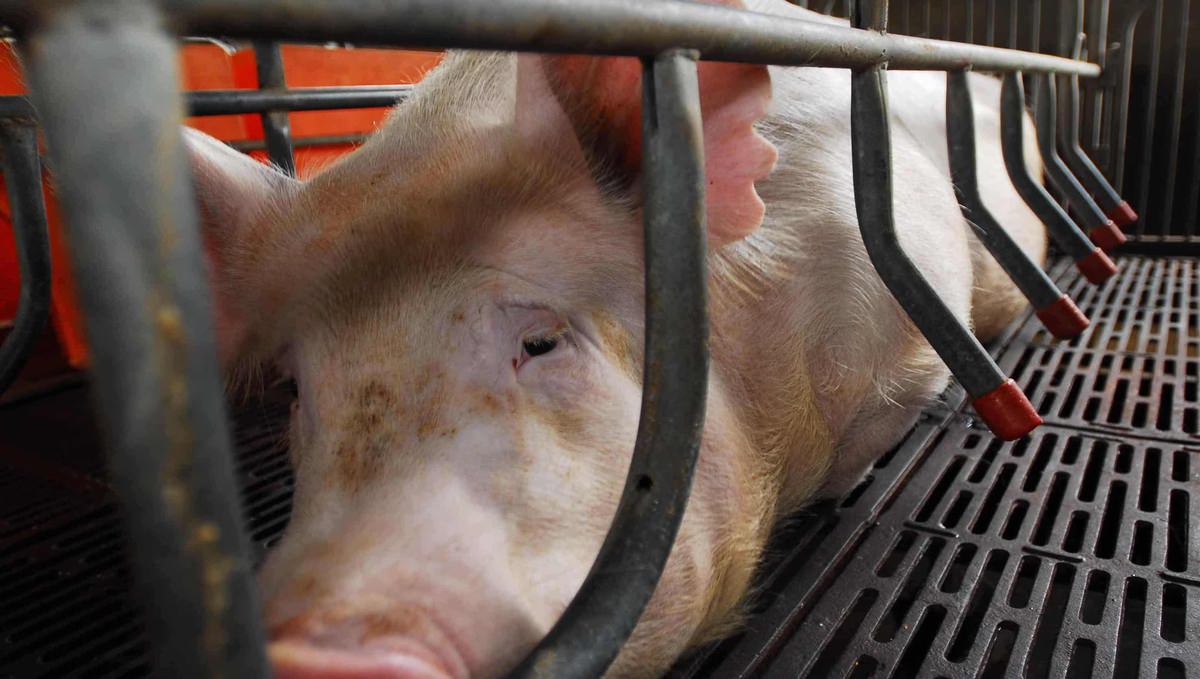 We consume 50% more meat than we should - and mostly full antibiotics and of low quality. On Thursday the European Parliament will state whether this poor farming should be funded with our money. But we’ve identified 41 of members of the EP who could swing the vote! If they feel the pressure from their electorate, we could convince them to fund healthy meat production... Sign!

Our WeMove community has been campaigning for years for a good farming model, that feeds us healthy food and meat. We now have the unique opportunity to influence how money from the EU budget is invested: poisonous meat, or a healthy diet that doesn’t make us sick? It depends on whether our voice can prevail over the big farming lobbies, which seek to continue to profit from selling inputs to farmers.

Can you chip in each month and help the struggle for good food from good farming continues? 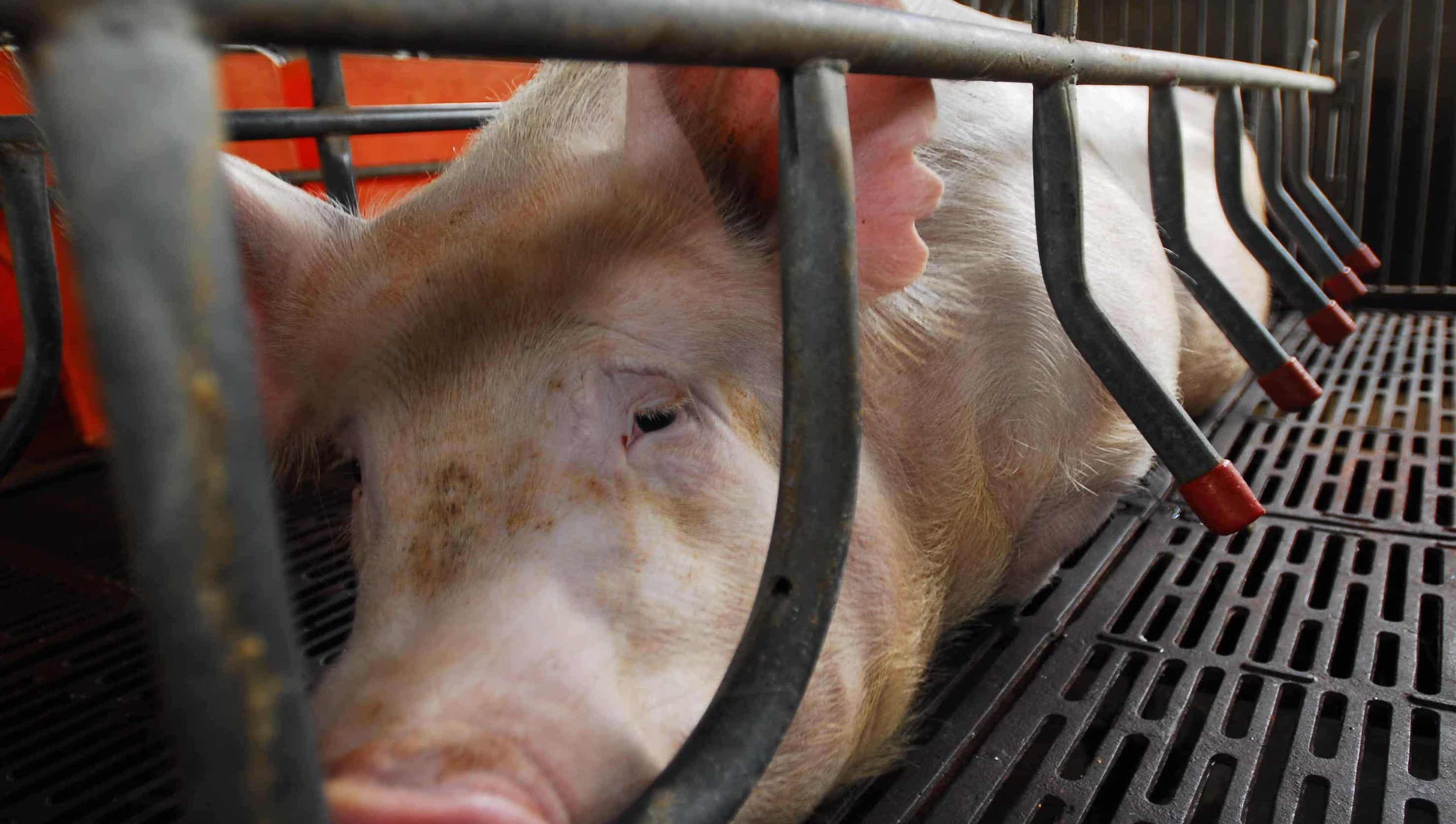 We consume 50% more meat than we should - and mostly full antibiotics and of low quality. On Thursday the European Parliament will state whether this poor farming should be funded with our money. But we’ve identified 41 of members of the EP who could swing the vote! If they feel the pressure from their electorate, we could convince them to fund healthy meat production... Sign!

Thank you for standing for health and biodiversity with us. It is only together that we can truly be a force to be reckoned with.