Thank you for your passion in supporting refugees fleeing war. This petition has now ended. WeMove.EU continues to fight for the rights of refugees and migrants. Take a look at other campaigns that could be of interest to you here. www.wemove.eu
144,271 of 175,000 signatures

European Members of Parliament and the European Council

Halt the inclusion of arms industry research into the new EU budget. No EU money should go to military technology. Research money should go to projects developing nonviolent ways of preventing and resolving conflicts, and in particular tackling root-causes of instability.

We all want to live in a peaceful world and that is why the European Union was created.

But the European Commission, under heavy pressure from the arms industry, is planning to budget thousands of millions of euros of public money to develop advanced military technology for the first time ever since the Union exists [1].

Although they are presenting this as ‘defense’, the truth is the goal of these subsidies is to preserve the competitiveness of the arms industry and its capacity to export abroad, including to countries contributing to instability and taking part in deadly conflicts, such as Saudi Arabia [2].

Last year our governments and European parliamentarians voted a €90 millions budget over 3 years to fund the military research; and this was just the beginning:

The Commission has been pushing for the “defence sector” to become a priority in existing funding opportunities, from the structural and regional funds to development aid, including the Erasmus programme for education, training, youth and sport - which should now contribute to “defence skills”! [3]

On June 7, the Commision launched the European Defence Fund [4], under which it proposes to dedicate an extra €500 million from the EU budget for research and development by the arms industry in 2019-2020 [5]. What is more, from 2021 this contribution would go up to €1.5 billion every year. This is going much further than what was presented in November 2016 [6].

This Fund will also include national contributions up to €4 billion per year in a common basket to fund the last step of the process: the joint development and acquisition of military equipments by Member States. The Commission proposes that national contributions to this Fund should be excluded from the 3% deficit threshold that Member States have to respect. A privilege not granted to education, health or environment investments.

All these measures will mean drastic cuts to the detriment of other spending priorities both at EU and national level. The EU insists that such funding should be added to national military spendings, and not be a substitute to them.

It is clear that after several years of persistent and behind the scenes work, the arms industry lobby has rallied the support of some European countries and institutions’ officials to help them make a case for public subsidies in the form of ‘research’, and more broadly get rid of the rules limiting EU funding to civilian applications.

But we still have a chance to avoid European tax payers paying to fuel deadly conflicts. Our governments and MEPs will have to approve this draft law in the months to come. Let’s tell them that we want them to work for peace and not to subsidize weapons.

This campaign is run in partnership with the European Network Against Arms Trade.

Return to petition
By clicking “Sign” you are supporting this campaign, and agreeing to WeMove.EU using your information for the purpose of this campaign. We might hand over your name, surname and country to the petition target. Unless you subscribe to receive personalised updates, we will delete your data after the campaign has ended. We will never share your data with any third parties without your permission. See our full privacy policy here.
144,271
of 175,000 signatures

C'est important de promouvoir la nature et les générations à venir, la paix plutôt que l'armement.
Hugo
Because peace is our best weapon.
josephine
weapens do not bring peace
Constance
We all want to live in a peaceful world and we/EU should not invest in weapons!!!!
Christine
Work for Peace.
Mirjam
Thanks for signing! Your signature has been added.

>
EU: Don’t invest in weapons
>
Hi, We all want to live in a peaceful world and that is why the European Union was created. But the European Commission, under heavy pressure from the arms industry, is right now planning to budget thousands of millions of euros of public money to develop advanced military technology for the first time ever since the Union exists. The goal of these subsidies is to preserve the competitiveness of the arms industry and its capacity to export abroad, including to countries contributing to instability and taking part in deadly conflicts, such as Saudi Arabia. On Wednesday, Members of the European Parliament will vote to say yes or no to giving the arms industry EU money. It’s a very controversial issue and many, still undecided, will be more open to listen to you - their electorate. This means together we can sway the vote. For maximum impact we will start delivering the petition early, but that only gives us two days to collect as many signatures as possible. Sign now to stop the EU subsidising weapons: https://act.wemove.eu/campaigns/EU-dont-invest-in-weapons 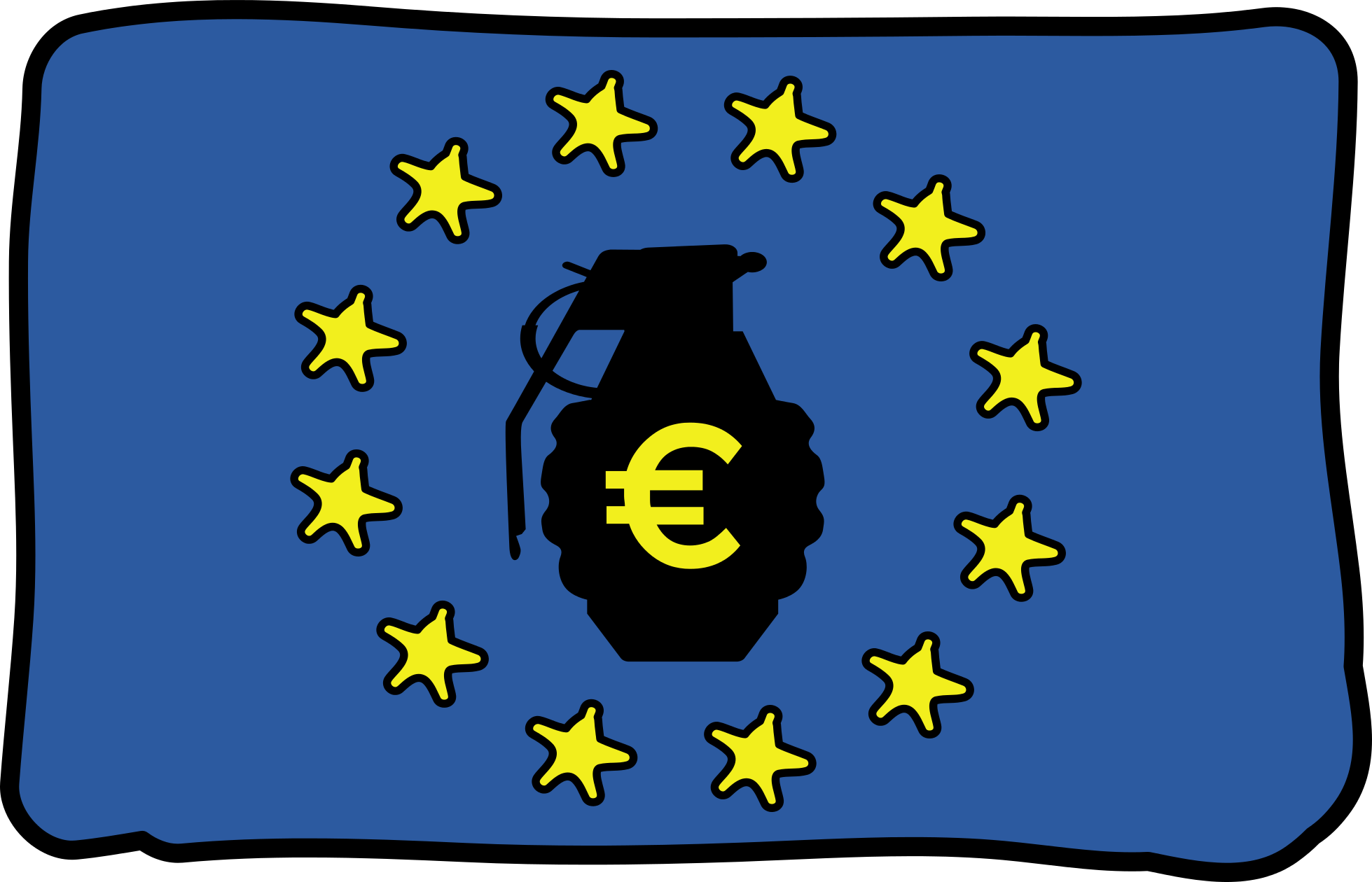 1,5 billion € per year in subsidies to the arms industry to develop military technology. Is that how we want to spend our taxpayers money? SIGN now to tell your government not to agree to this new European Commission plan before they meet in a major summit in a few days!

The WeMove community is here to the corporate capture of our European institutions and representatives by the arms industry. We are not fooled by empty calls for ‘defence integration’.

Given the size of the challenge, and the fact that we don’t precisely please those in charge we need to stay independent. But impactful campaigns need funding, so we need your help!

Can you donate just a few euros a month to help our community continue working for peace and a truly democratic European Union?