Thank you for your passion in supporting xxxxxxxx. This petition has now ended. WeMove.EU continues to fight for xxxxxxxxxxxxx. Take a look at other campaigns that could be of interest to you here. www.wemove.eu
52,090 of 75,000 signatures

We ask you to start a pilot program to test the idea of Universal Basic Income (UBI), by giving a selection of EU residents monthly cash payments for a period of at least three years to see how a European UBI would work and assess the impacts of the program.

A Universal Basic Income (UBI) is an unconditional monthly cash payment that everyone receives, regardless of age, income or employment, to cover basic living costs and allow everyone to participate in society. No strings attached.

A new Yougov poll shows that more than two-thirds of Europeans support a UBI.

The severity of the pandemic crisis requires decisive action and bold solutions.

While a UBI for all has now gained mainstream support, and would be the quickest and most effective way to provide all people in Europe with the financial security they need, we know that EU leaders have questions about its feasibility, its costs and its effects on people.

This is why as a first step we are asking the European Commission to back a UBI pilot program. The pilot would give a selection of EU residents monthly cash payments for a period of at least three years. It would help the EU understand how a European UBI would work and assess its impacts on the labour market, on well-being, inequality and poverty. Additionally, it would help move us towards the best and most effective policy design to provide a UBI for all people in Europe. European citizens cannot be abandoned to fend for themselves during the pandemic and need to feel full weight of European institutions behind them.

We know that an unconditional basic income could have massive benefits. [1] It’s already been tested in places like Finland where the results have been outstanding. Those receiving the UBI who wanted to study went back to school. Trust towards other people and institutions went up. Those who received a basic income reported lower feelings of depression. [2] We need more experiments like this to build a bigger picture.

Sign the petition and push the EU to make the first step in introducing a UBI for all Europeans: a UBI pilot program!

Return to petition
By clicking “Sign” you are supporting this campaign, and agreeing to WeMove Europe using your information for the purpose of this campaign. We might hand over your name, surname and country to the petition target. Unless you subscribe to receive personalised updates, we will delete your data after the campaign has ended. We will never share your data with any third parties without your permission. See our full privacy policy here.
52,090
of 75,000 signatures

Let be real, work as a necessity is detrimental for most people
Nicola
It will gave an equal level of living.
Mihai
It is a sign of maturity of a civilization to consider the needs of all its citizens.
Stoicescu
Because I believe it will allow more people to actualize their unique potential and contribute to the world in a meaningful way.
Mads
Note - It can help provide the basics of food clothing plus shelter worldwide
Donatella
Thanks for signing! Your signature has been added.

A Universal Basic Income for Europeans can be the change we are all waiting for in Europe. The first bold step out of the crisis and towards a better and more secure future for people in Europe.

We will never accept money from corporations or governments - but impactful actions need funding. Can you donate a few euros a month to support our work on pushing the EU to start a pilot program to test the idea of a Universal Basic Income? 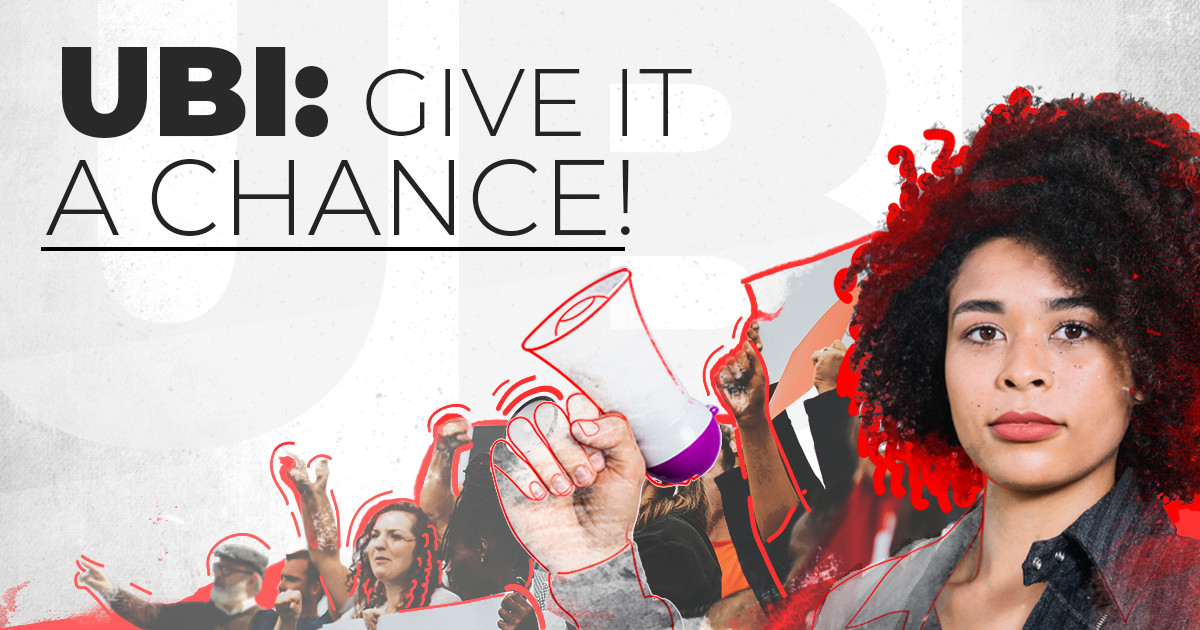 Basic income for all

“I was told that I was more social and happier, and I think it’s because there was always some money in my account. It’s so much security for life.”

These are the hopeful words of a Finn who participated in Finland’s basic income experiment that gave a group of people cash every month, no strings attached. Its overall results were outstanding with people feeling less depressed and trusting others and institutions more.

As we struggle through this pandemic - a family member unemployed, a cafe forced to close or a nurse that is overworked and underpaid - the idea of a Universal Basic Income (UBI) - where every person receives a monthly cash payment - seems more pragmatic and needed than ever

With such widespread support a UBI should be a no-brainer for Europe! But we know that EU decision-makers still have questions about UBI’s feasibility, costs and effects on people. This is why we’re asking the Commission to back a pilot program.

We are arranging a meeting with the department of social fairness at the European commission who have told us they are open to discussing the idea. Imagine if we arrive at the meeting not only with a poll that shows European want it but also a huge petition that demands action.

Thank you for signing the petition asking the EU to start a pilot program to test the idea of Universal Basic Income (UBI)!